VALENTINO ROSSI: ALL HIS RACES

VALENTINO ROSSI: ALL HIS RACES

Valentino Rossi’s announcement of retirement brings down the curtain on an incredible career in the MotoGP motorcycle world championships. With his nine titles, including seven in the premier class, he is widely regarded as the greatest motorcycle racer of all time, and his 26 seasons of Grand Prix racing make him unique across both motorcycling and Formula 1. Rossi has been captivating fans since he won his first Grand Prix at the age of 17 and even in his final season, at the age of 42, he has been riding faster than ever. In this major new book by top MotoGP journalist Mat Oxley, each and every one of these races comes under the microscope, complete with perspectives about Rossi’s achievements, the controversies, his character, and analysis of his bikes. This is a Valentino Rossi book like no other. 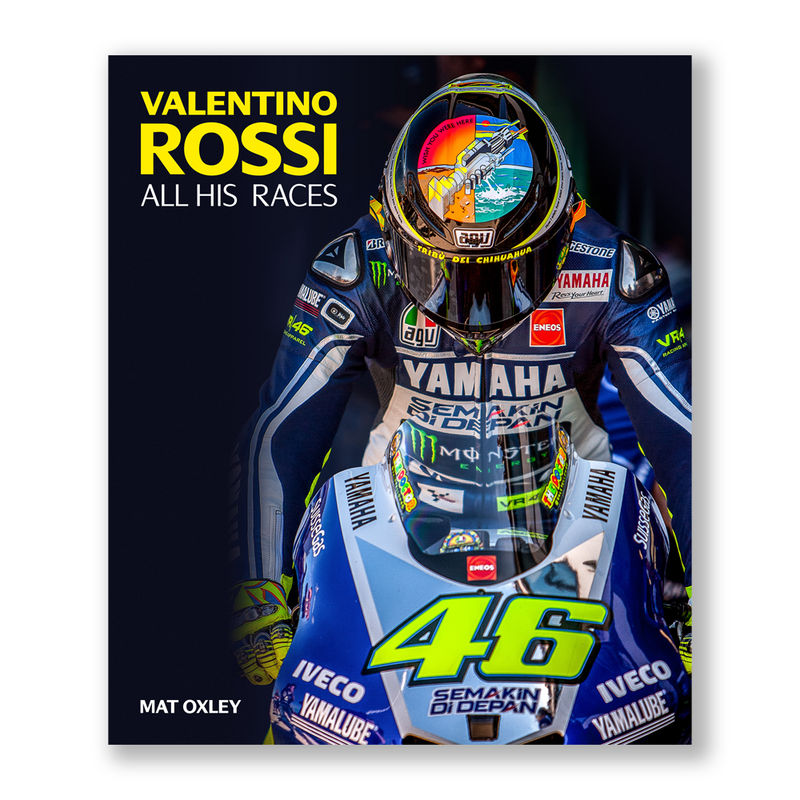 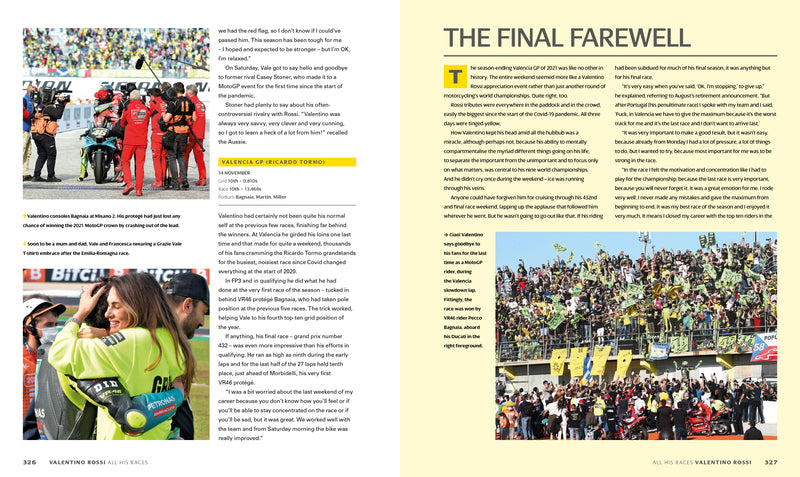 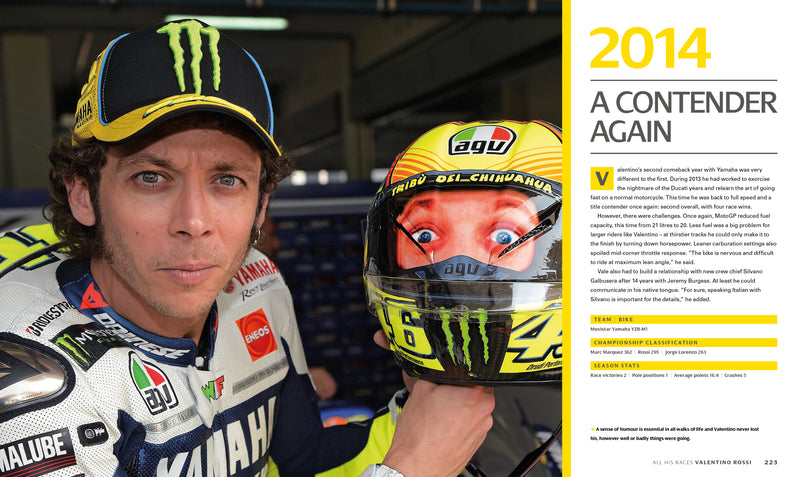 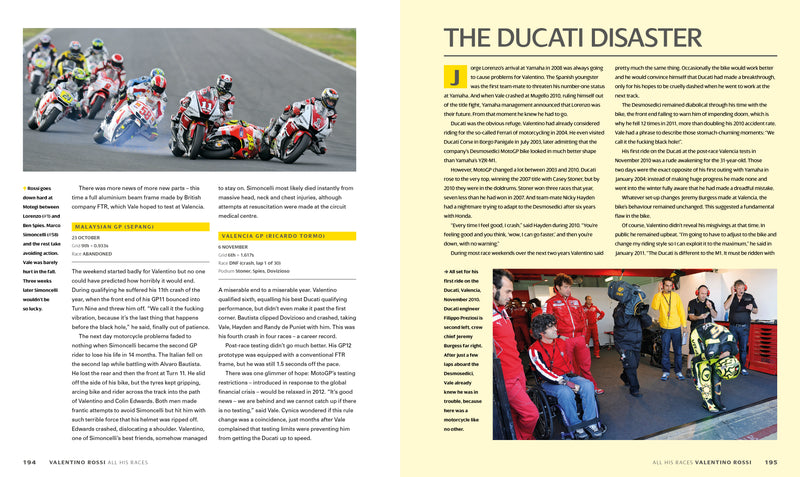 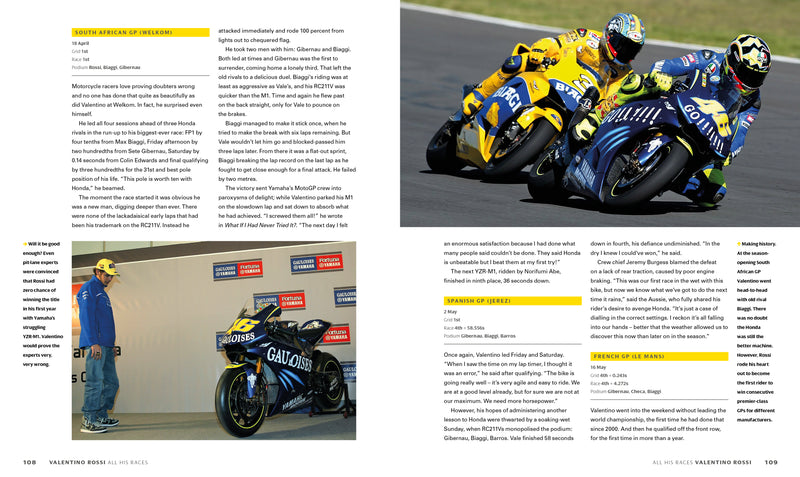 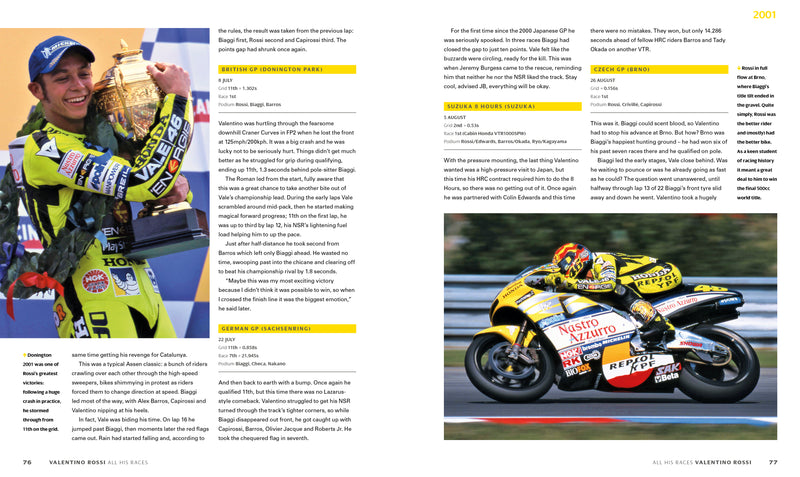 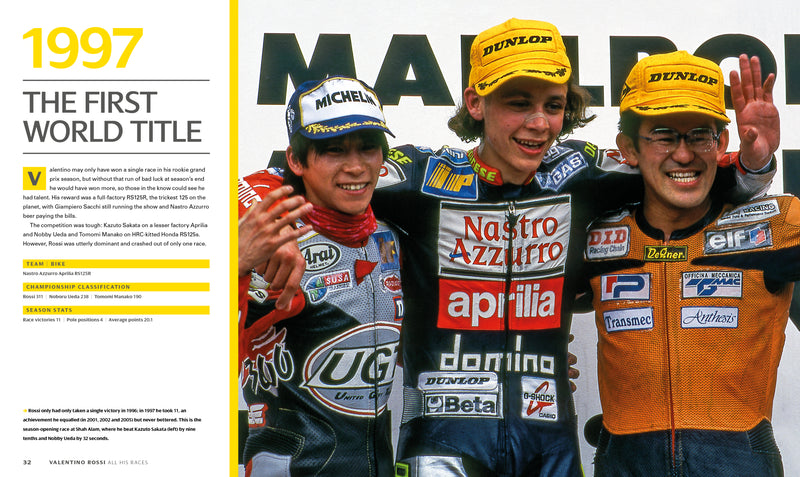 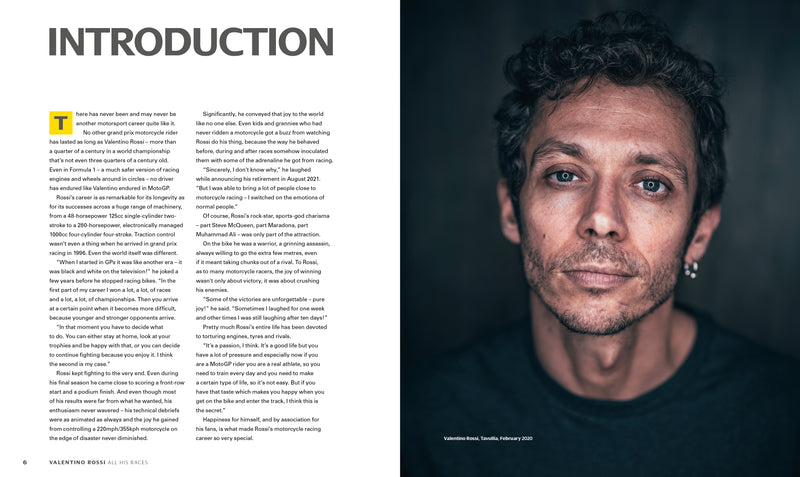 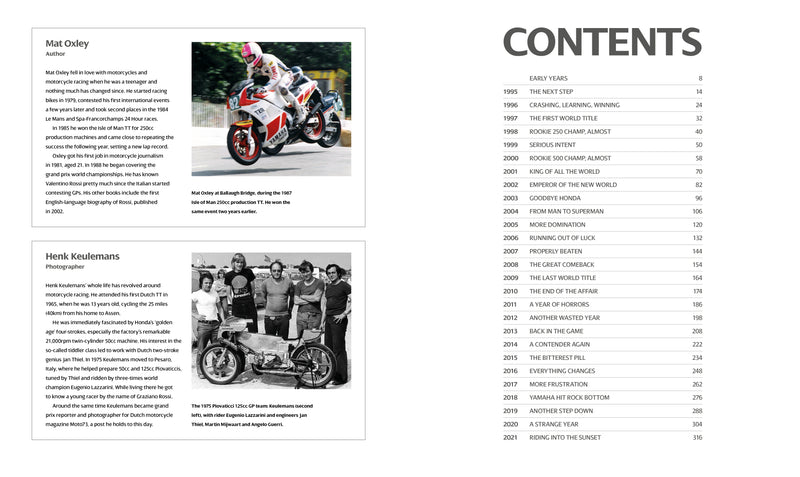 Be the first to review “VALENTINO ROSSI: ALL HIS RACES” Cancel reply