Tom Pryce: Memories of a Welsh F1 Star by Those Who Knew Him

Tom Pryce: Memories of a Welsh F1 Star by Those Who Knew Him

Tom Pryce remains one of the most fondly remembered drivers from Formula One in the 1970s, the reserved Welshman whose spectacular car control helped define arguably the most glamorous decade of Grand Prix racing. Now, more than 40 years on from his death while racing at Kyalami, Performance Publishing is proud to announce the release of a major new book celebrating his life.

Authors Darren Banks and Kevin Guthrie have interviewed more than 60 people who knew Tom, from his early school days to his life as a famous Grand Prix driver. The result is a comprehensive and very personal tribute, which also features a vast selection of images from both well known racing photographers and private collections.

It is produced with the blessing of Nella Pryce, Tom’s widow, who has also written the foreword and a chapter about her late husband. The introduction to the book is penned by renowned motor sport writer David Tremayne, one of Tom’s greatest fans and author of The Lost Generation, which documents the lives of Tom and two other great lost talents, Roger Williamson and Tony Brise. Other contributors include Alan Rees, Danny Sullivan, Tony Southgate, David Richards, John Watson, Jean-Pierre Jarier, Mike Wilds and Jackie Oliver.

The book itself is hardback in landscape format. It features 168 pages and almost 200 images. 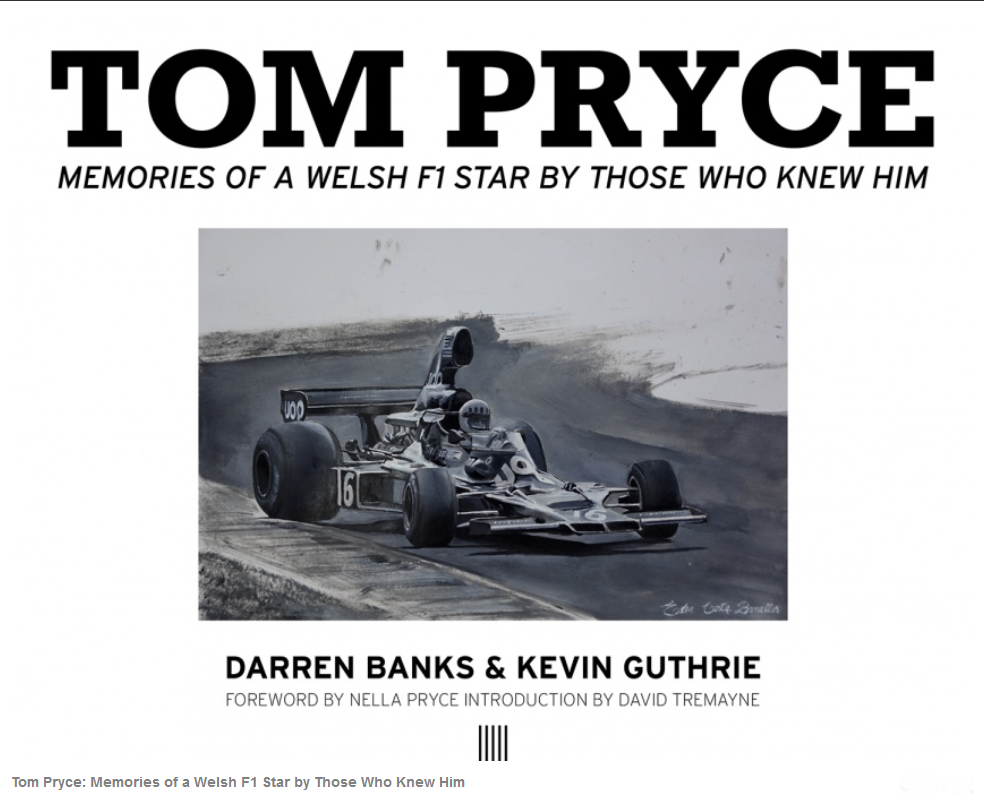 Be the first to review “Tom Pryce: Memories of a Welsh F1 Star by Those Who Knew Him” Cancel reply