Every race fan knows when a Porsche 911 RSR is coming. The high-pitch scream from its monstrous 4.0L six-cylinder boxer engine will give you goosebumps; combine that with 24 hours straight of driving and its easy to see how the 911 RSR became a crowd favorite. The No.92 car ran with the historic “Pink Pig” livery.

After qualifying off pole for the 2018 24 Hours of Le Mans, the No.92 eventually took the lead from its sister car (No.91) and cruised to victory winning the LMGTE Pro Class by a margin of one full lap. 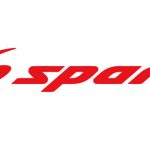 Be the first to review “Porsche 911 RSR No.92 Porsche GT Team” Cancel reply