A star in the motorsport Super Bowl
The Plymouth Superbird was developed in the 1970s with its aerodynamic, elongated rear wing and streamlined front for the US stock car racing series on the well-known high-speed ovals in order to achieve top speeds. The American racing driver Richard Brickhouse made it into 6th overall in the coveted 500-mile race on the circuit in Florida in 1970, although he only crossed the finish line two laps behind the winner Pete Hamilton. Overall, he finished 2nd overall among the five Plymouth Superbird participants in the race. Brickhouse celebrated his greatest success in the 500-mile race in Alabama, one of the four races in the Stock Car Cup series. It was his only victory in the world-famous racing series of the national stock car association.

A real eye-catcher for the Carrera track
The Plymouth Superbird “No.14” in a scale of 1:32 in retro-red paintwork with cool golden sides is also ready at the start line at the Carrera racecourse and is waiting to reach the podium. With the “Super Chicken” on the Bonnet and the huge 14 on the bright red roof, the cult vehicle is sure to attract a lot of attention! Can the muscle car prevail against the other speedsters and win the victory? 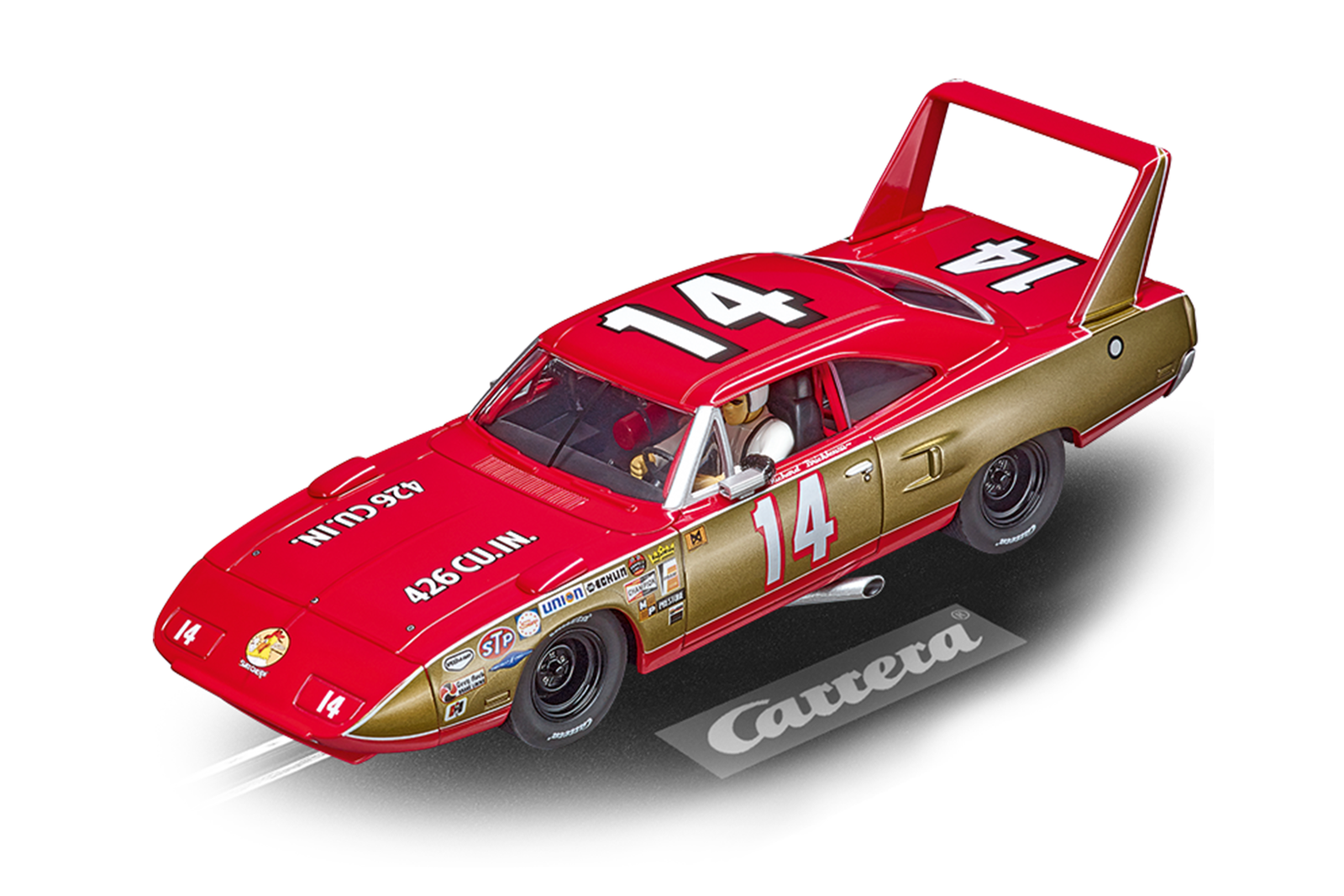 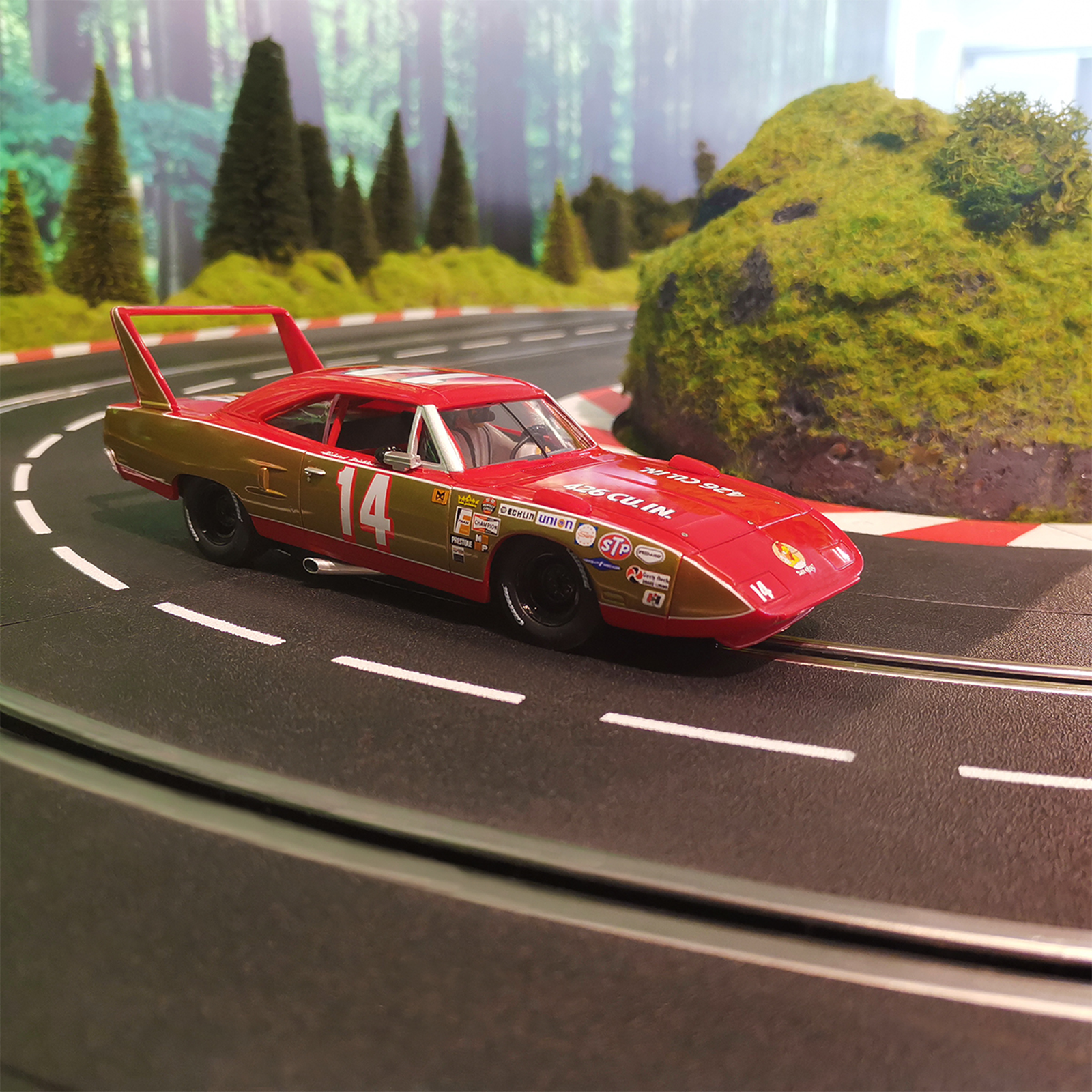 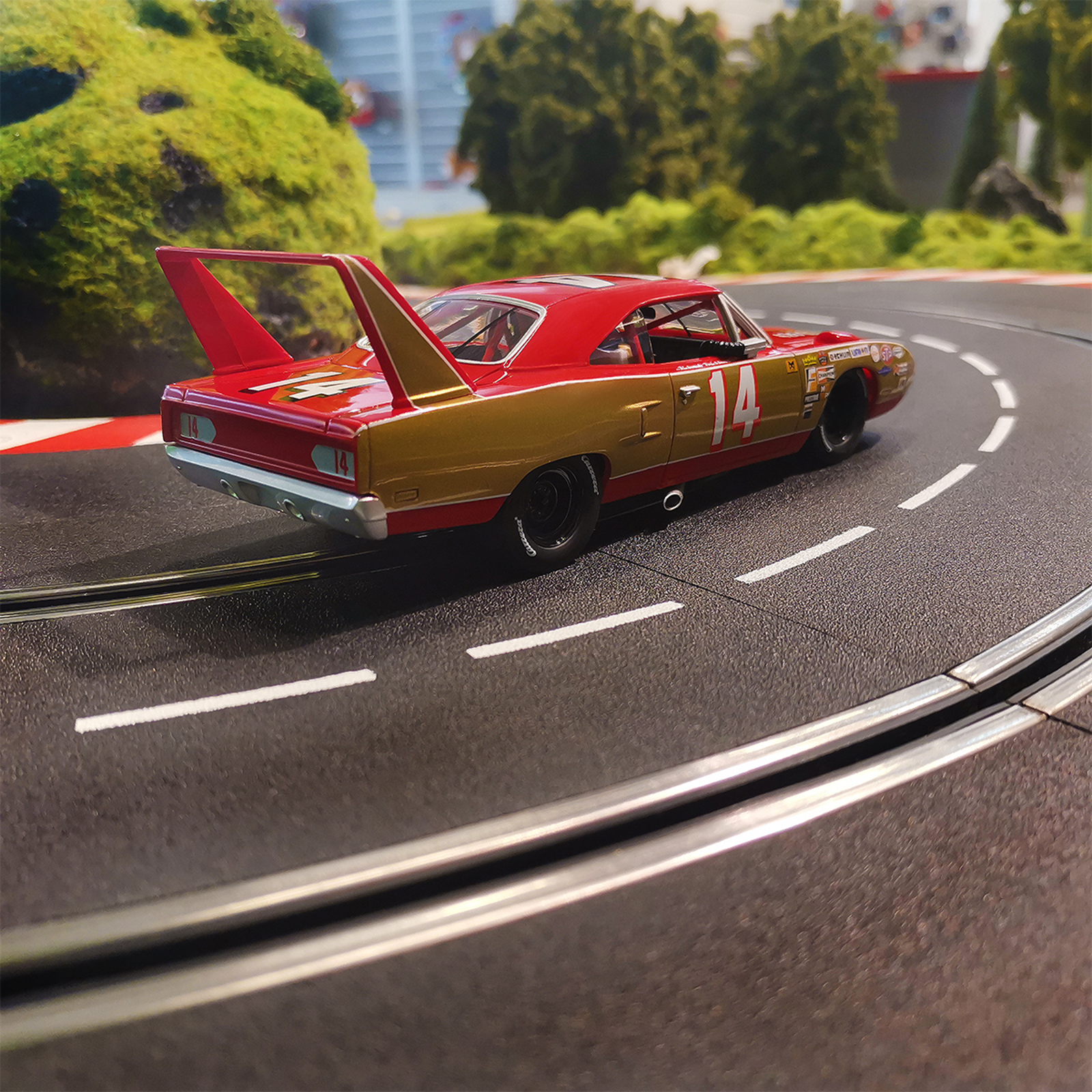 Be the first to review “Plymouth Superbird “No.14” – Carrera Digital 132” Cancel reply