Held on the 18th of July 1976 at the Brands Hatch circuit in Kent the British Grand Prix was the 9th round of the 1976 season. The season had seen many great battles between the reigning champion Nikki Lauda and the up and coming British driver James Hunt in his McLaren. Home support was most definitely behind Hunt and he lined up on the grid right behind Lauda, with the two championship protagonists closing out the front row of the grid. At the start chaos ensued, with Lauda’s teammate Regazzoni capitalizing on a poor start from Hunt to come through the field. He made contact with the left rear of Lauda’s car and pitched him into a spin and broke his wheel. Various cars then hit Regazzoni and Hunt was also eliminated. The race was stopped, with Hunt sprinting back to the pits for his spare car. However, the officials decided that only drivers in their original cars could compete, so James jumped back into his original machine, and under pressure from a crowd that was rapidly becoming unruly he was allowed to start the race. During the race Lauda and Hunt set a scorching pace, before James passed on the 45th lap as gearbox problems afflicted the car of Lauda. Scheckter in the distinctive P34 Tyrrell was up to fourth by this point, and with the retirement of Regazzoni he was able to grab the final podium spot. After the race, some teams appealed against Hunt being allowed to compete, as he had not been running at the end of the first lap of the original start. The appeal reached the FIA and eventually Hunt was indeed disqualified, for outside assistance, promoting Lauda to first and Scheckter to Second with John Watson inheriting the final podium spot. The story of the 1976 season of course was not over, Lauda suffered his tragic accident, made his incredible comeback but in the rain of Fuji Hunt was victorious. 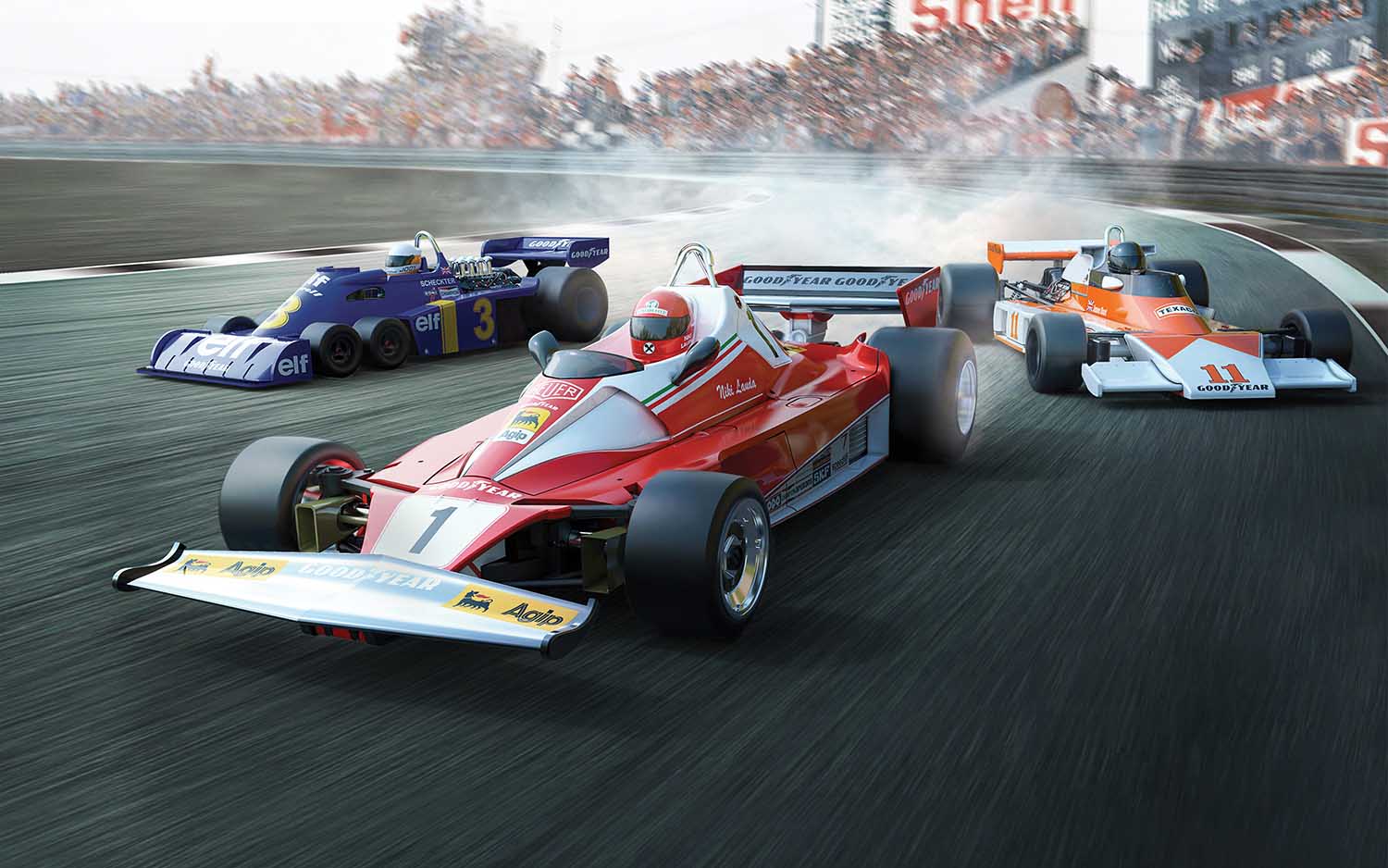