The gentleman among the racing cars!
The McLaren 720S GT3 “No.17” is a new edition of the McLaren 720S and was first used at the International GT Open 2019. In the Spanish racing series, the Teo Martin Motorsport team relies on the British racing car. In addition to winning the Hockenheimring, the team around driver Fran Rueda also secured first place in the long-distance races in Belgium and on the local circuit de Barcelona-Catalunya in the Pro class. In the team standings, the racing team took second place together with the number 16 sister car. The super sports car had to be specially adapted for the GT races and the unbelievable 720 hp had to be throttled to around 500 hp. You can experience the speedster, painted in blue, red and white, for yourself in the new Carrera season and cheer him on to top performance on the racing track. 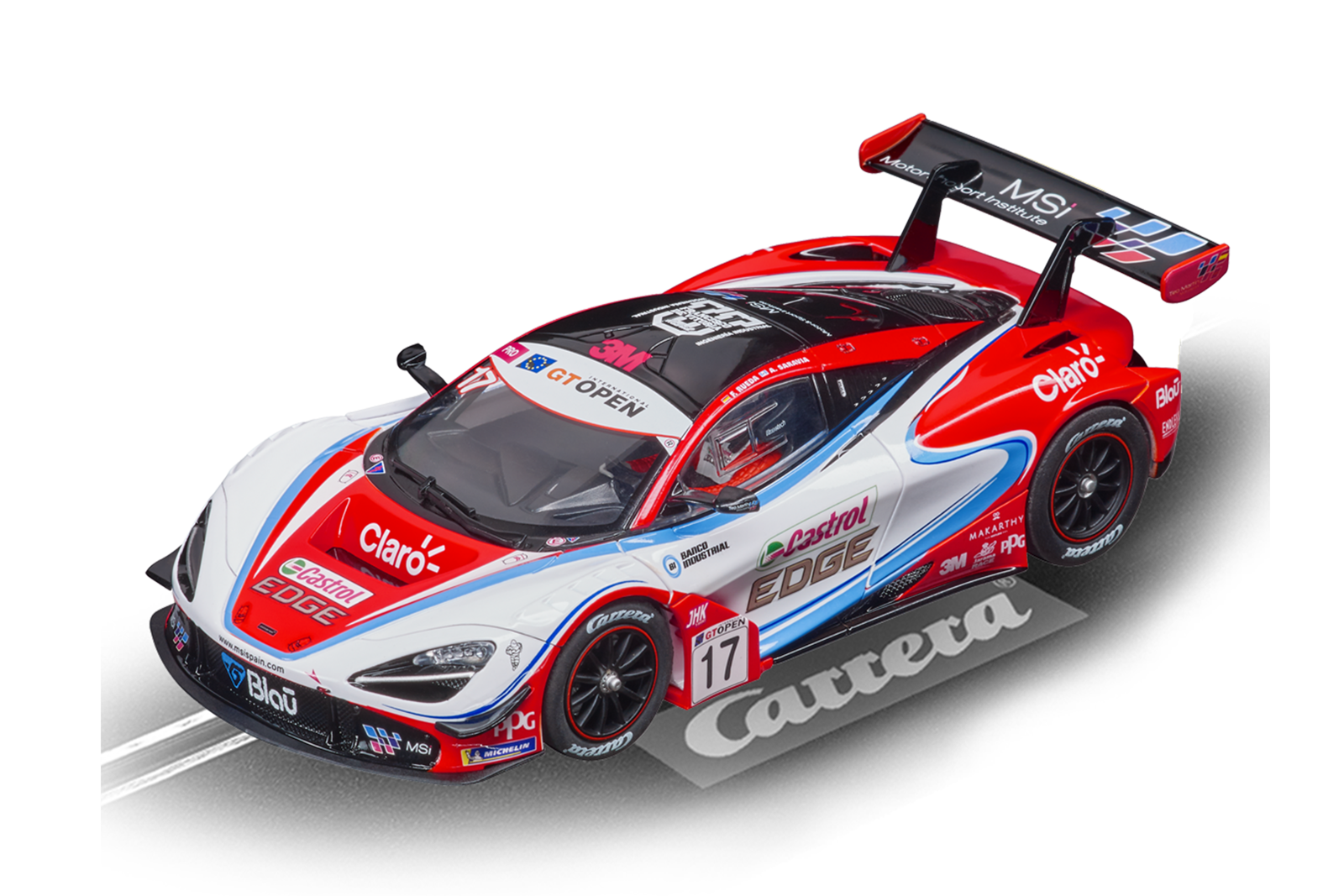