Too much horsepower for the racetrack!
With the McLaren 720S GT3 “No.16” you can really accelerate on your Carrera DIGITAL 132 racetrack and leave the competition behind you at the start line. The racing car is a new edition of the McLaren 720S and was first used at the 2019 International GT Open The super sports car had to be specially adapted for the GT races and the unbelievable 720 hp had to be throttled to around 500 hp. The stylish racing car with matt blue paintwork won the race in Monza, Italy, and the team from the Spanish racing team at the International GT Open last year Teo Martin Motorsport and the sister car secured a solid second place in the team championship. Incredible power and racing experience!
McLaren will be a name for all motorsport enthusiasts. The McLaren teams are represented in various motorsport leagues and have already celebrated many successes. The new McLaren 720S GT3 comes from this racing team. The car is the extension of the 720S and is in no way inferior to it. The McLaren has already been used for racing and is also being sold to customer teams at the same time. Our little double of the original will give you a real racing feeling on your own track. Your very own McLaren is looking forward to the first races and is ready to go! Are you going to win or are your competitors too strong? 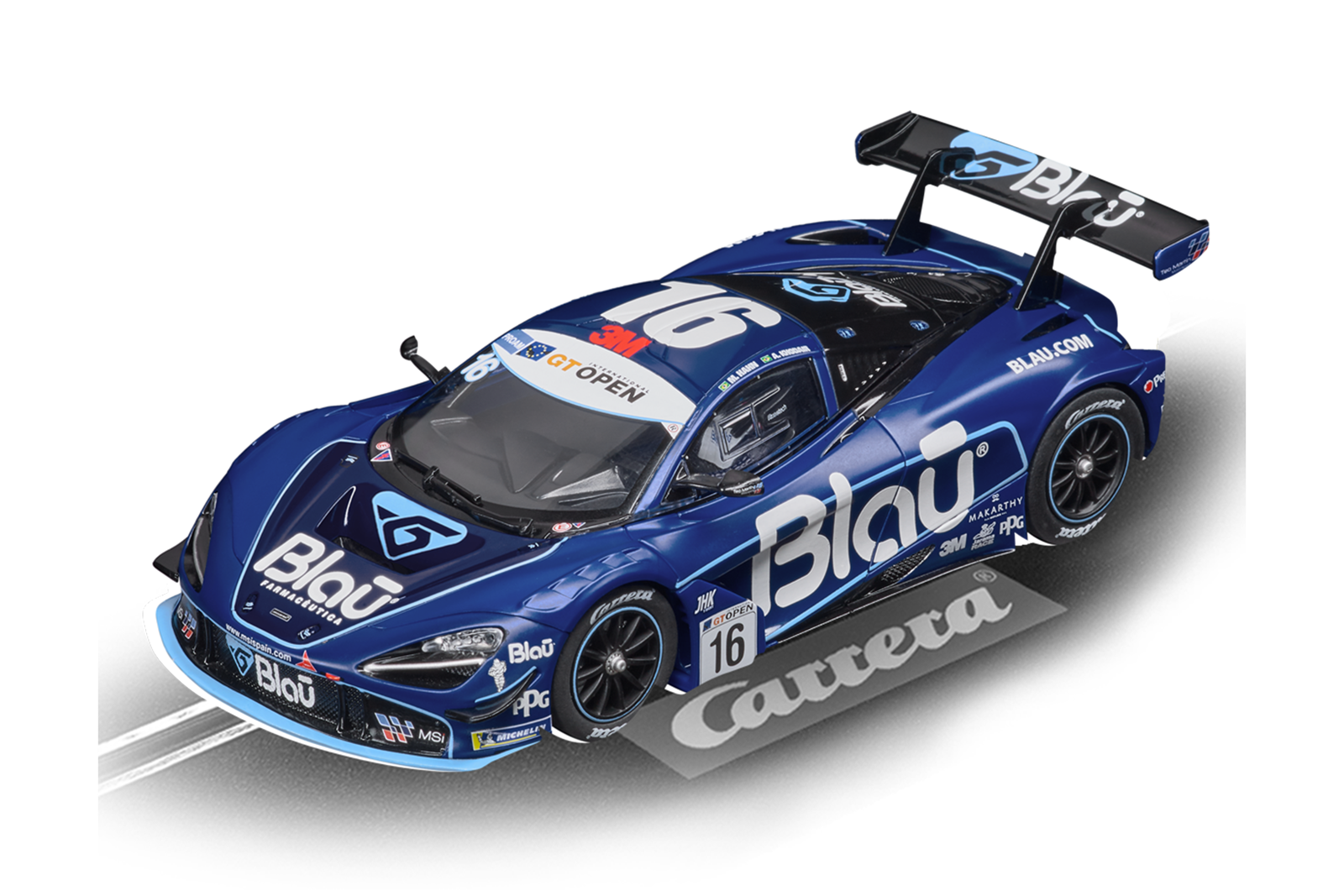