The infamous car ‘Wet Nellie’. In the movie was an amphibious car that captured the imagination of all its viewers.

The Lotus Esprit S1 is known for its polygonal ‘folded paper’ like design but was ultimately made famous when it was driven by MI6 Special Agent 007 James Bond in the 1977 hit movie ‘The Spy Who Loved Me’ starring Roger Moore as Bond. The car was chosen because it was a glamourous car to drive which very much suited the character of Bond. This Scalextric slot car is the next edition in a series of famous James Bond cars and captures the movie car in its road driving format as first seen in the movie.

The car featured in the movie during a long car chase around the Island of Sardinia, it first fort off a motorbike with a missile rocket side car, then Jaws in a Ford Cortina before meeting its match with a helicopter and the only way to escape was to go into the sea which it did thus turning into a submarine. After an under-water duel, Bond and Russian Agent Major Anya Amasova emerge driving the Lotus up the beach much to the shock of the sun bathers as the car turns back into its road going format and speeds off in a true James Bond style.

Fun Fact: The original car from the film was sold for $997,000 at a London Auction to Elon Musk. 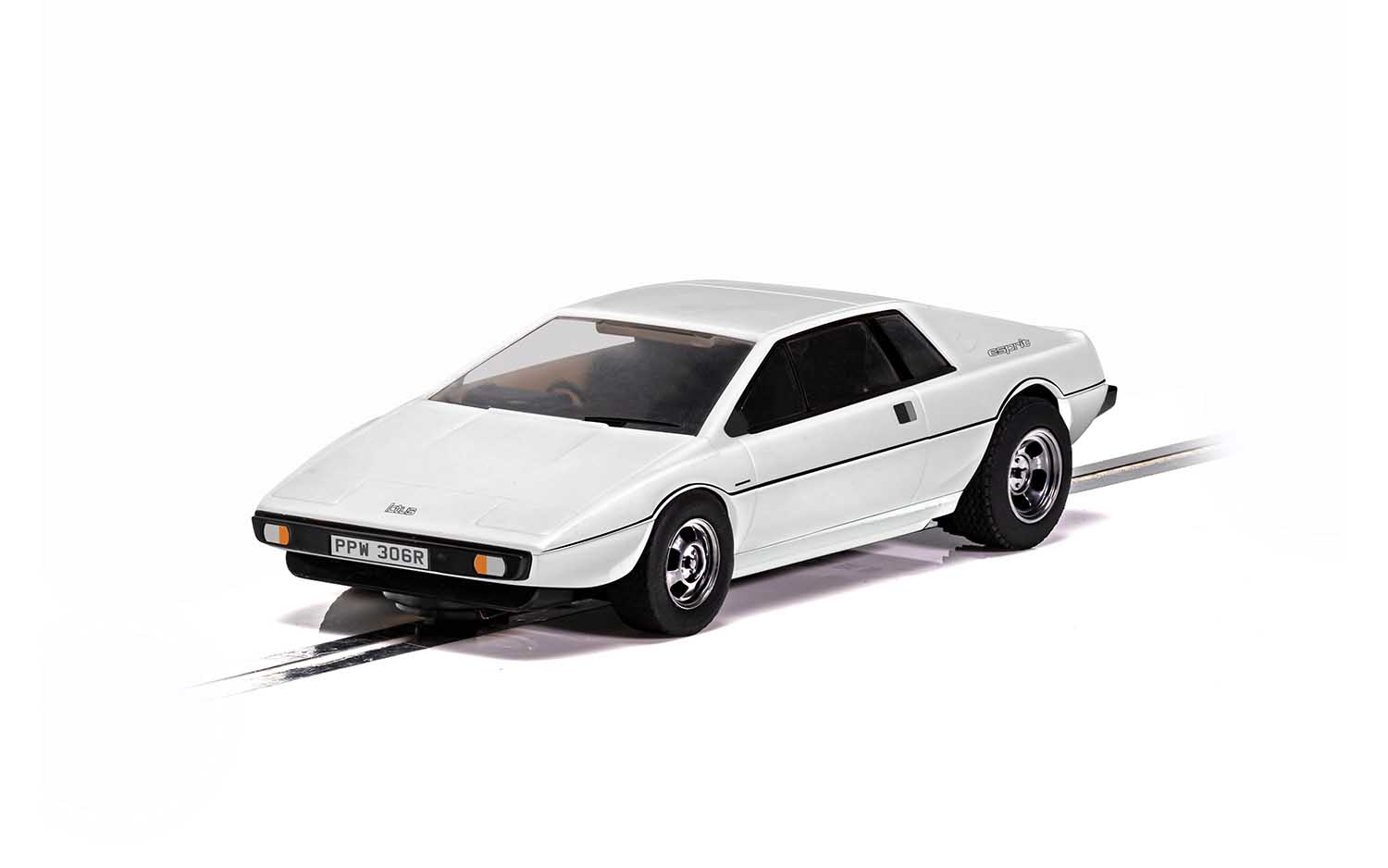 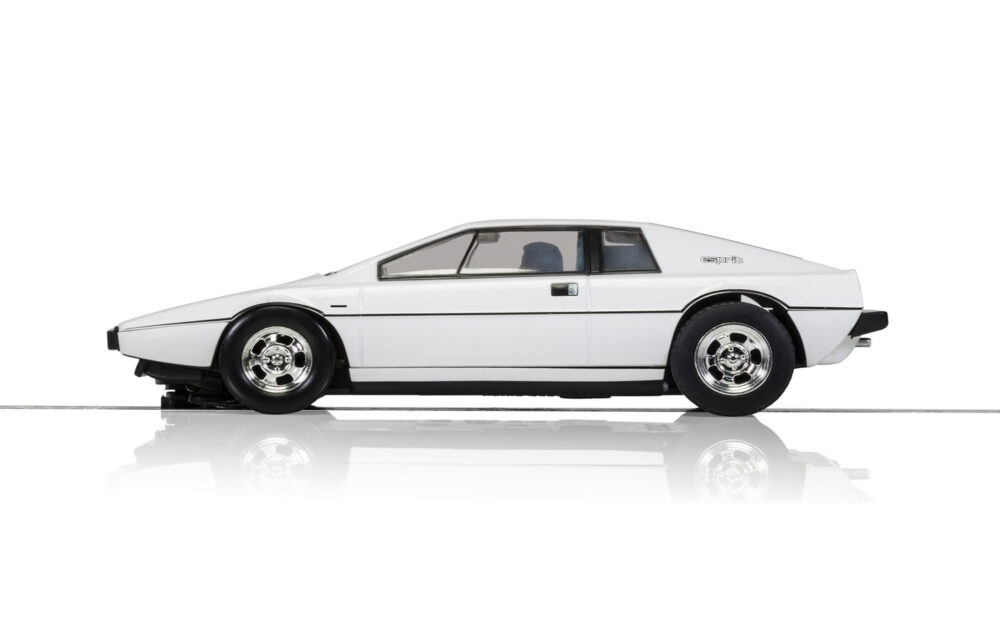 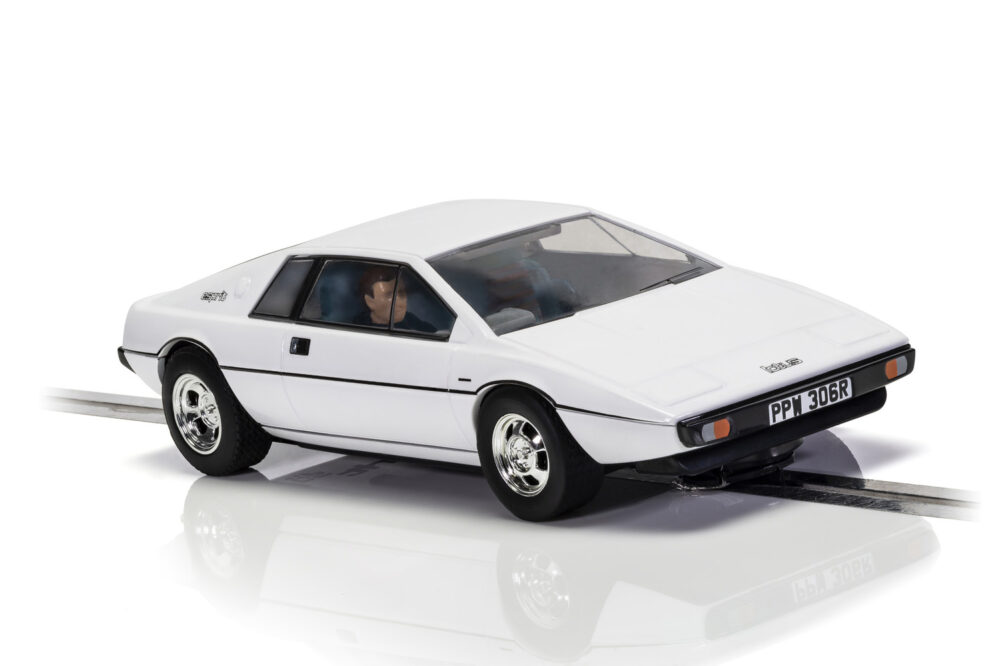 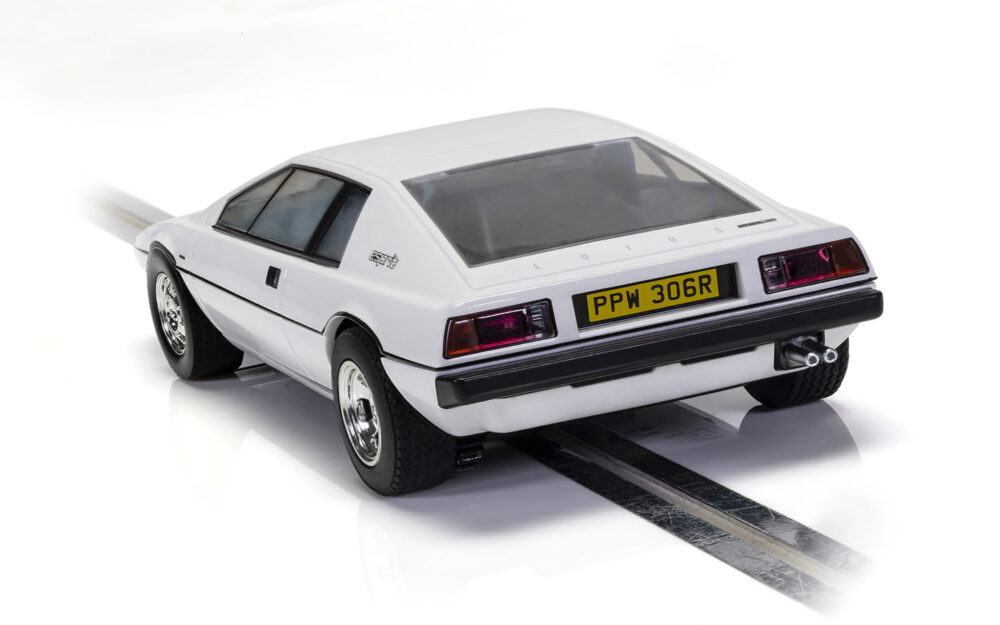