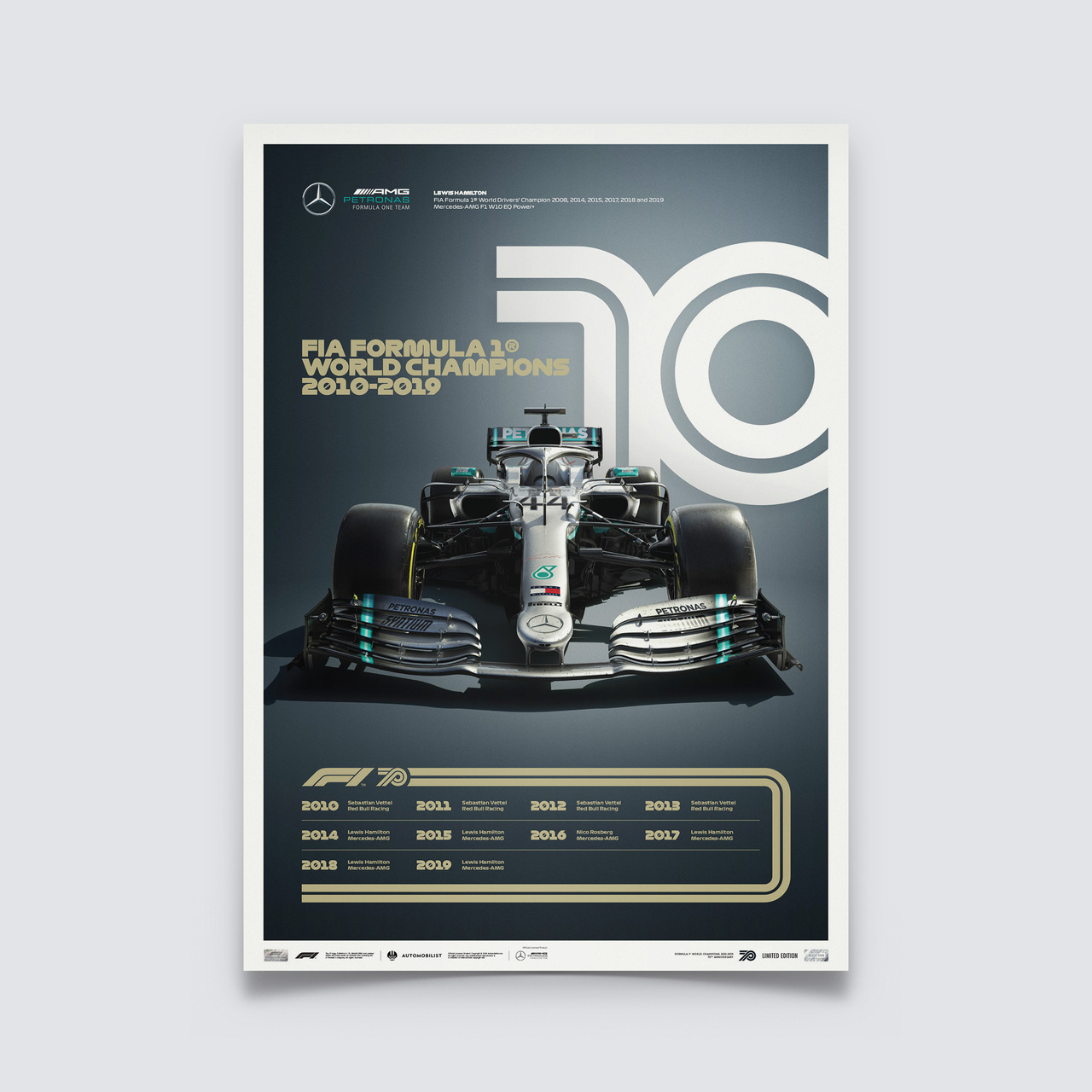 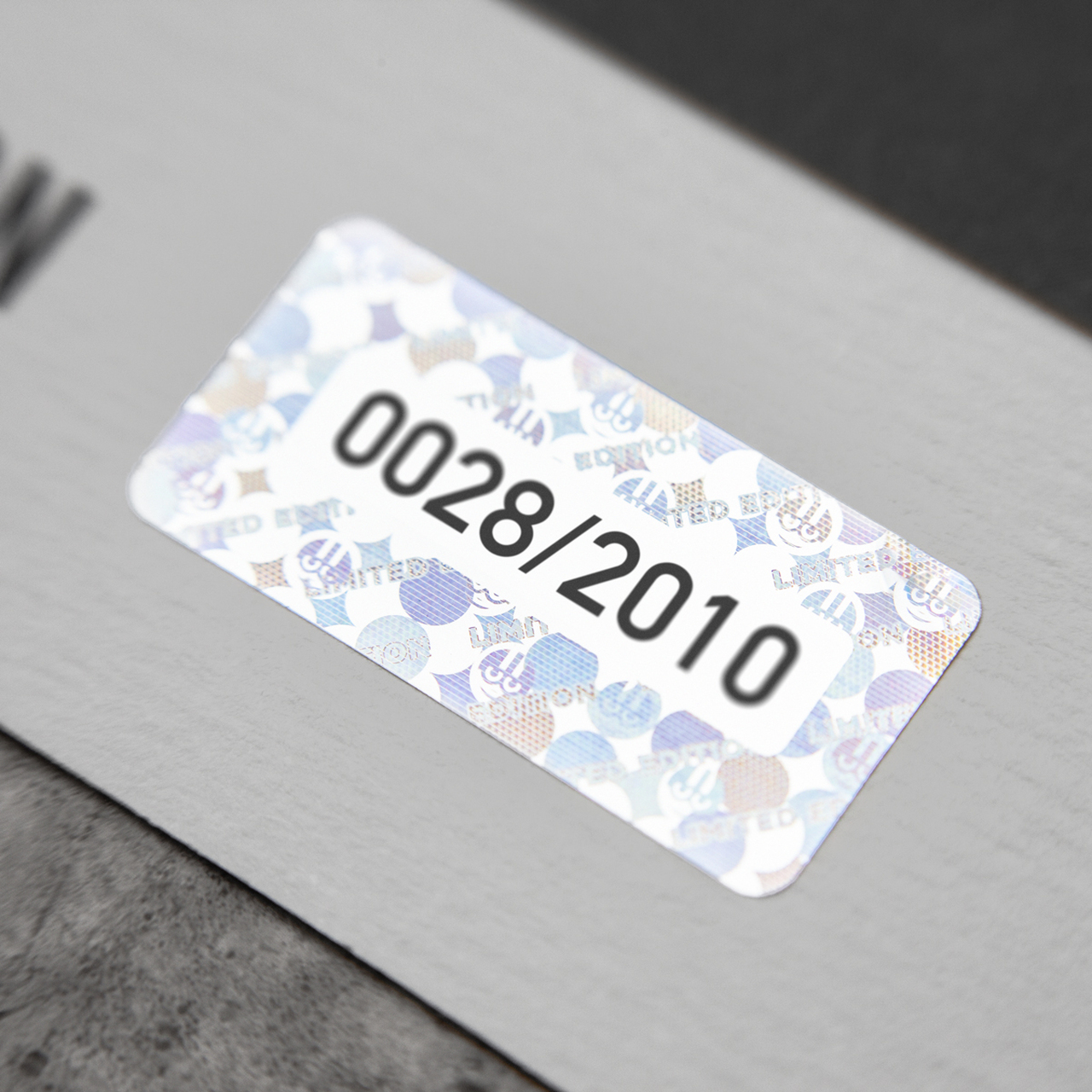 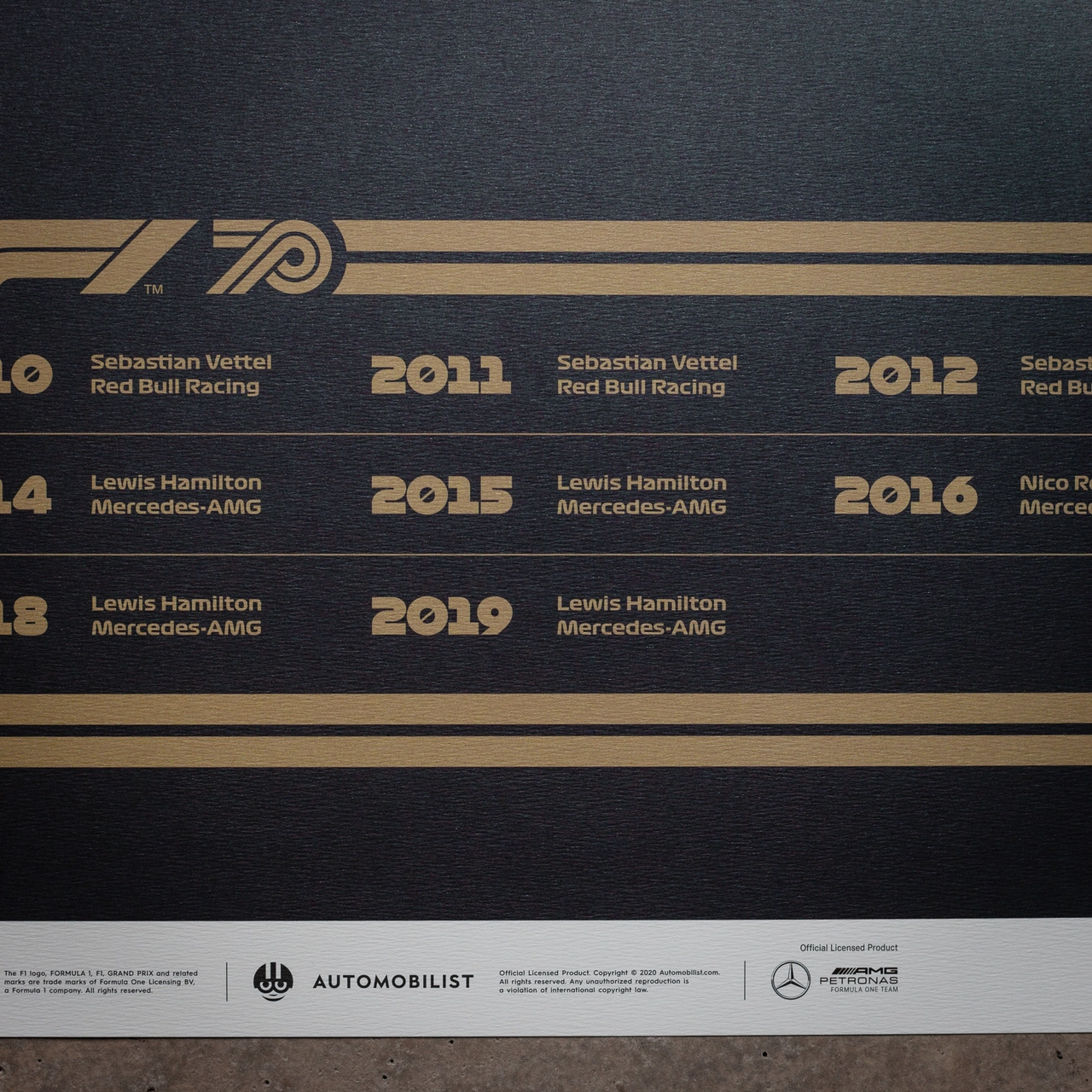 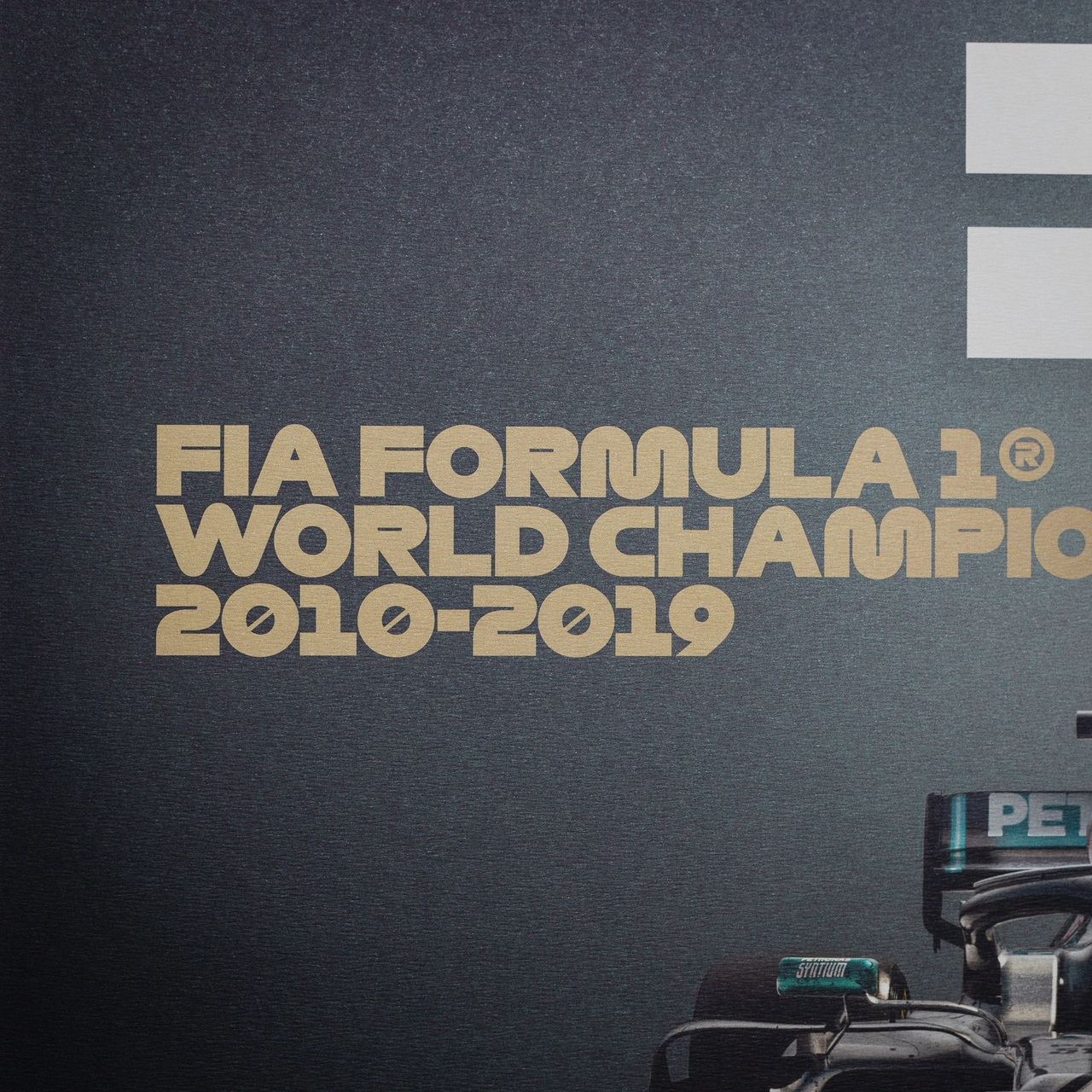 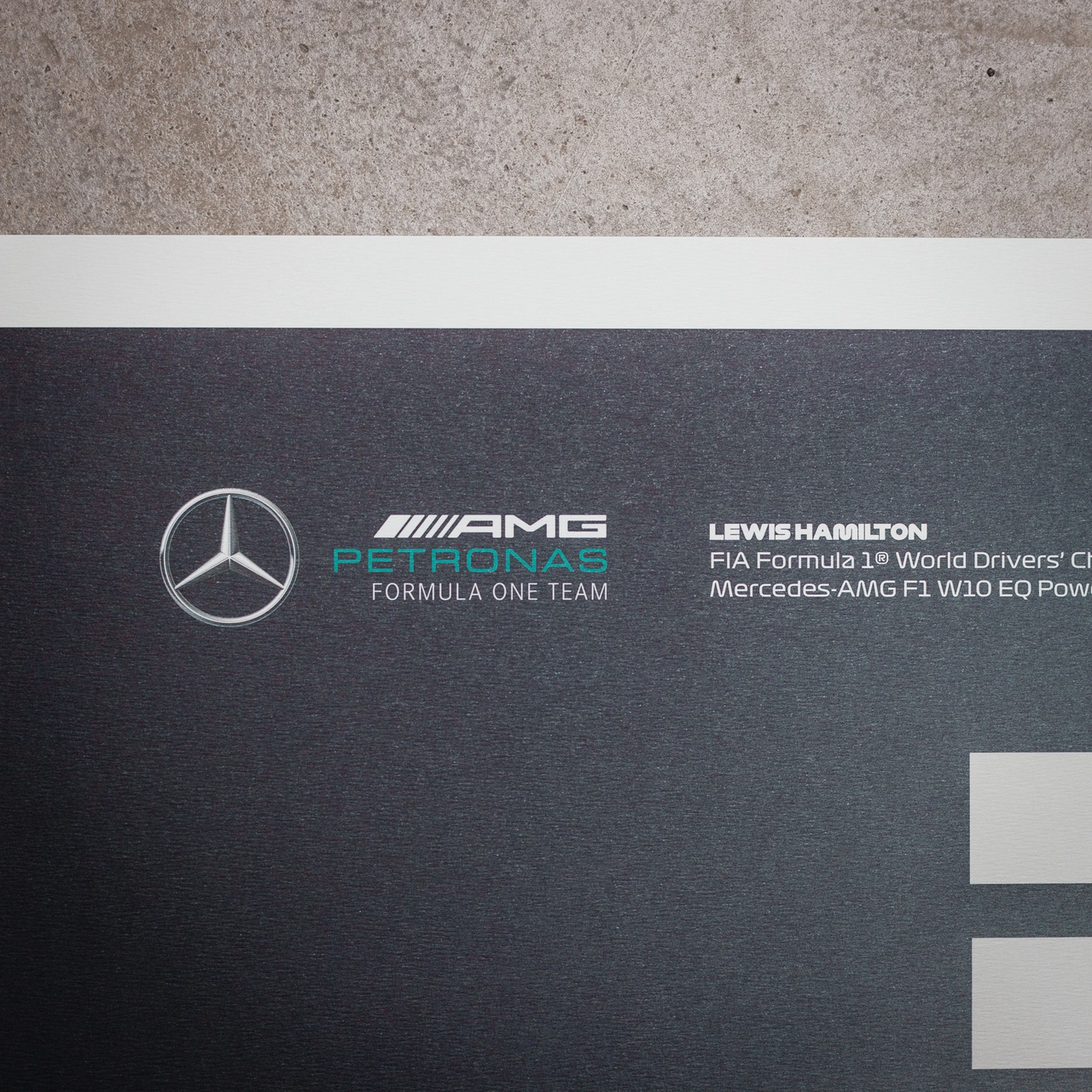 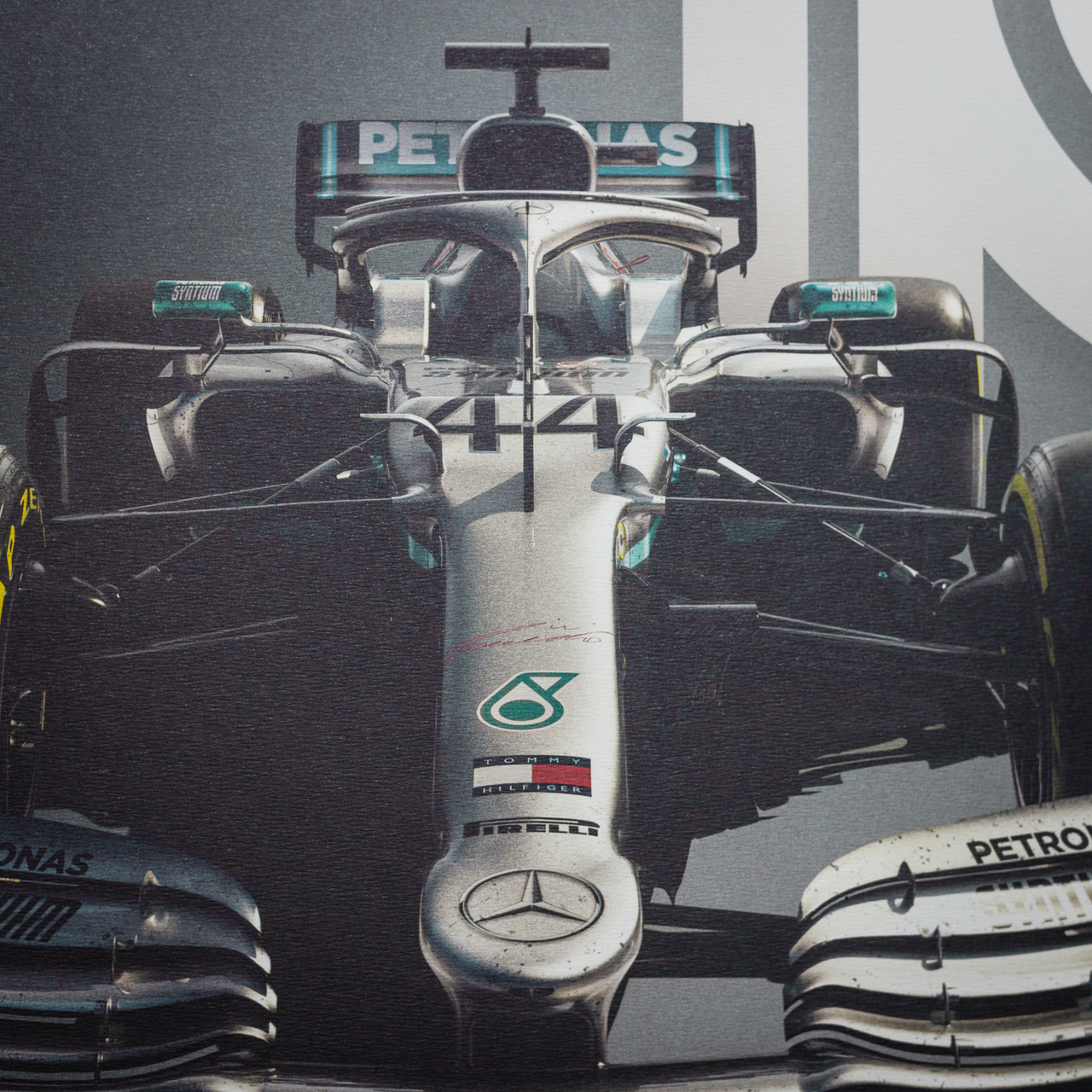 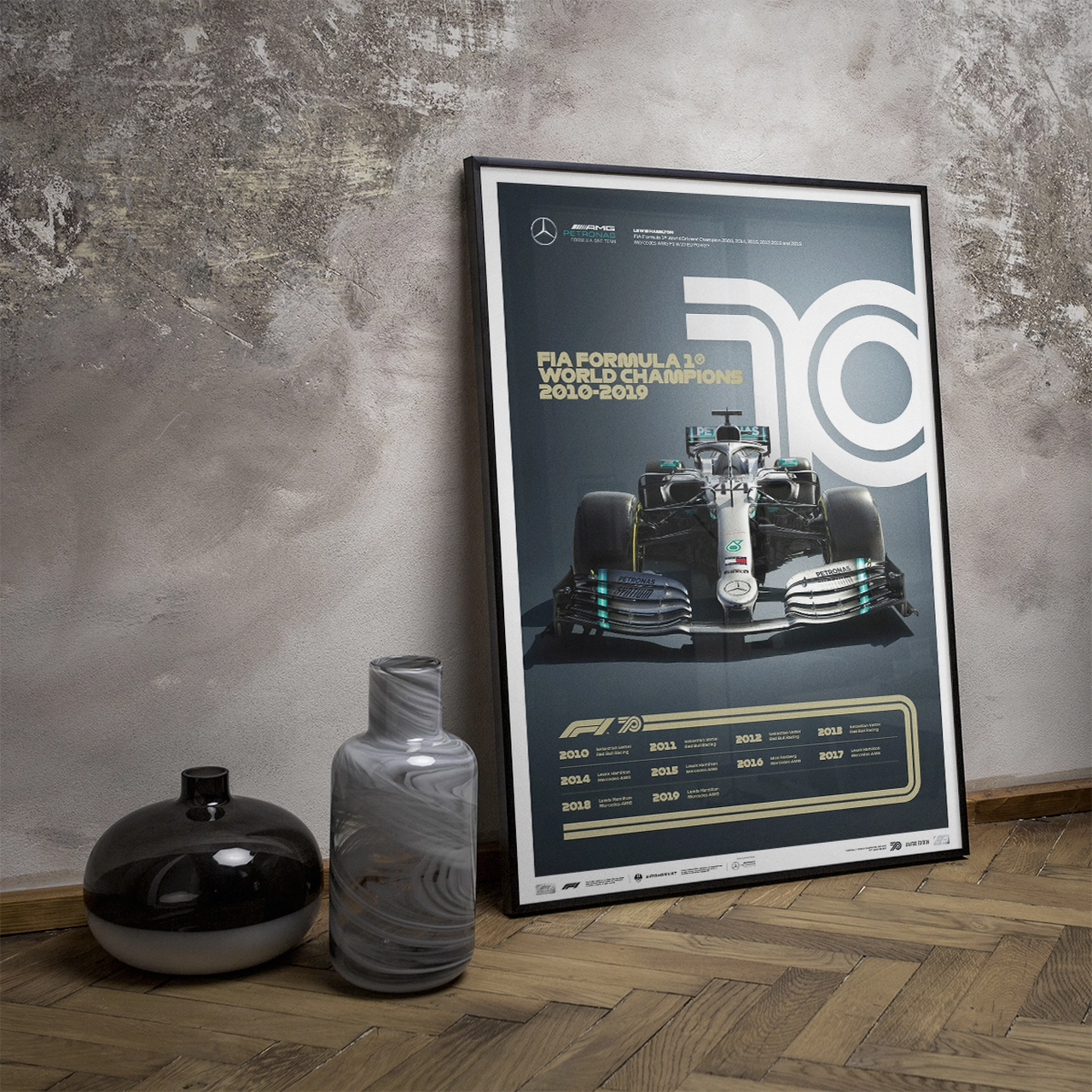 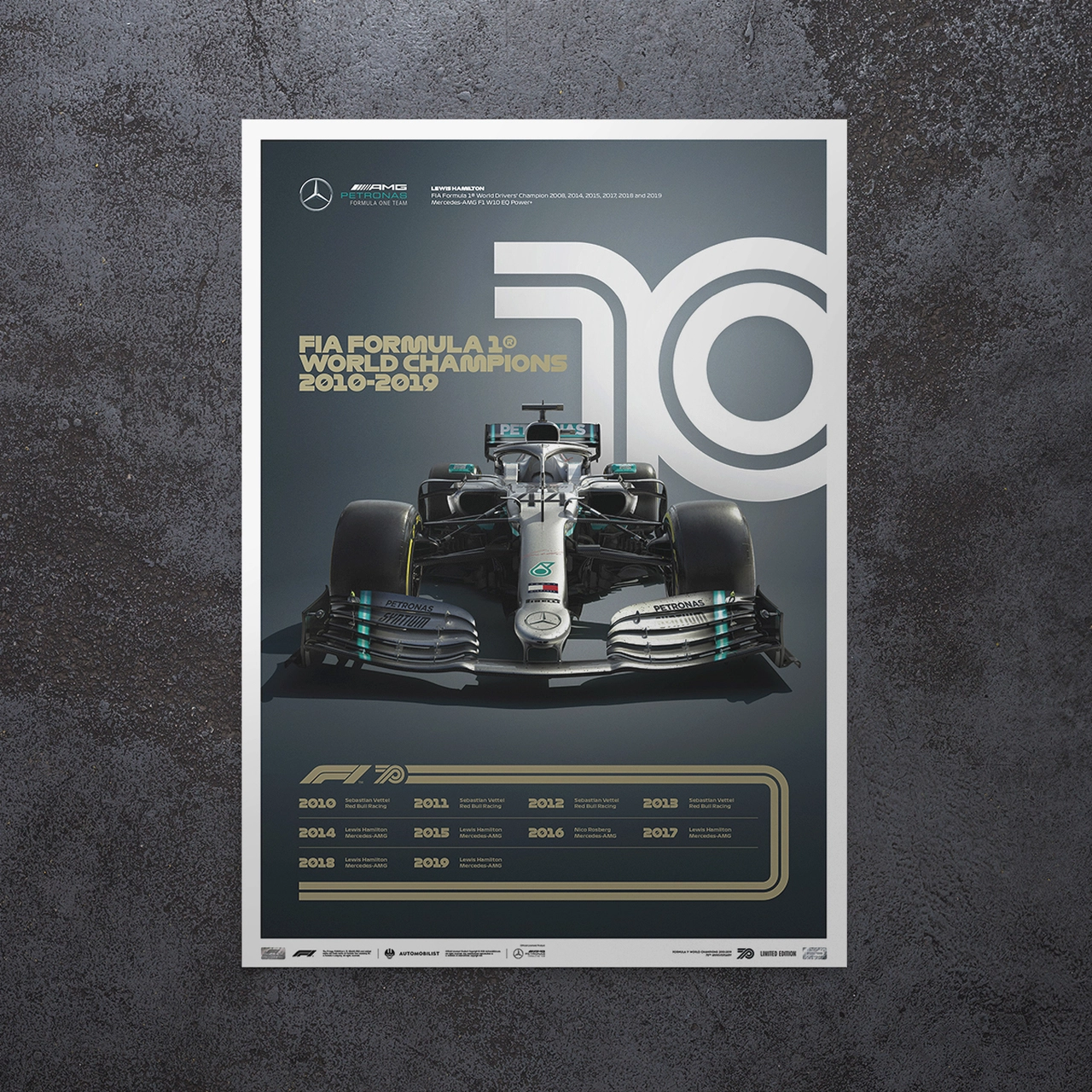 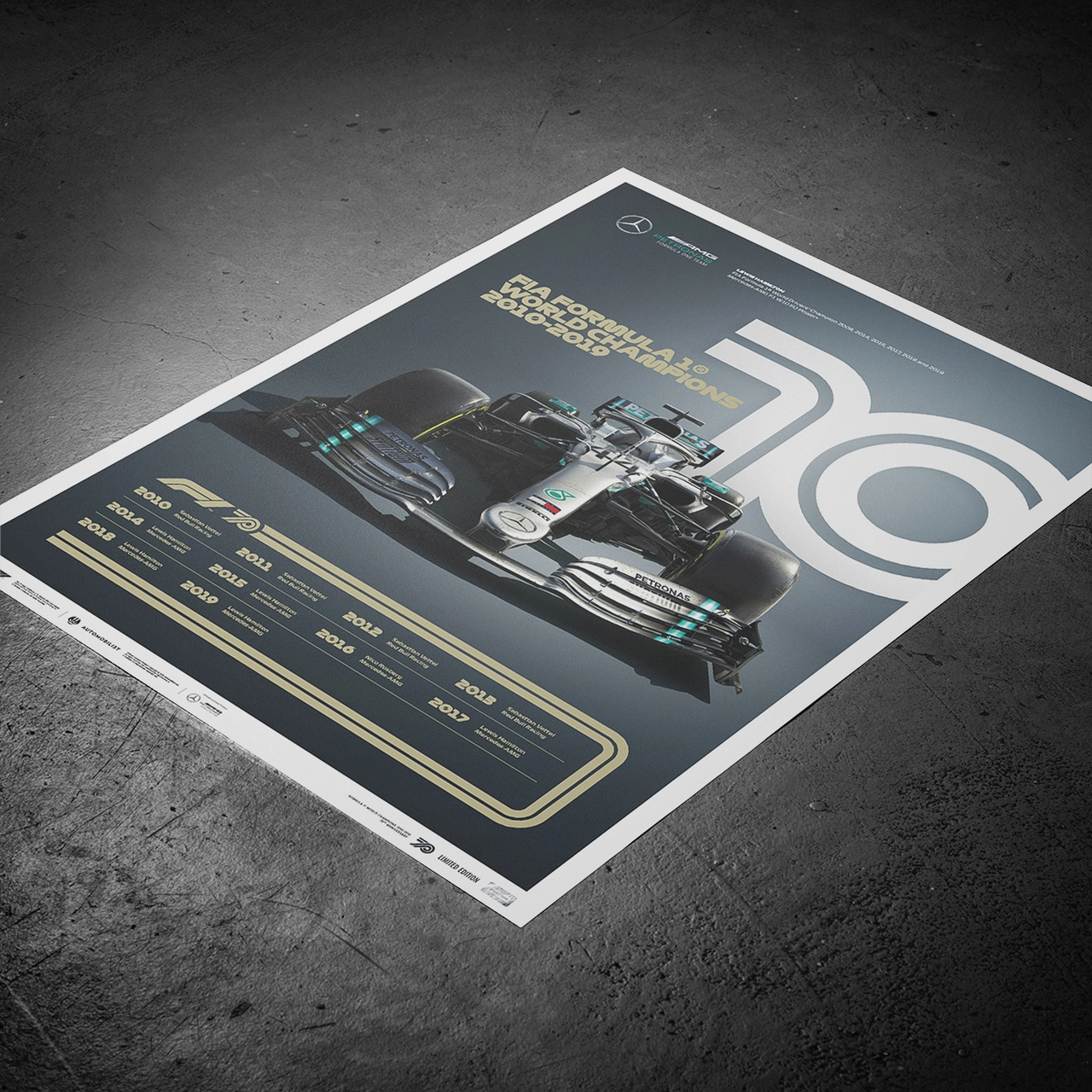 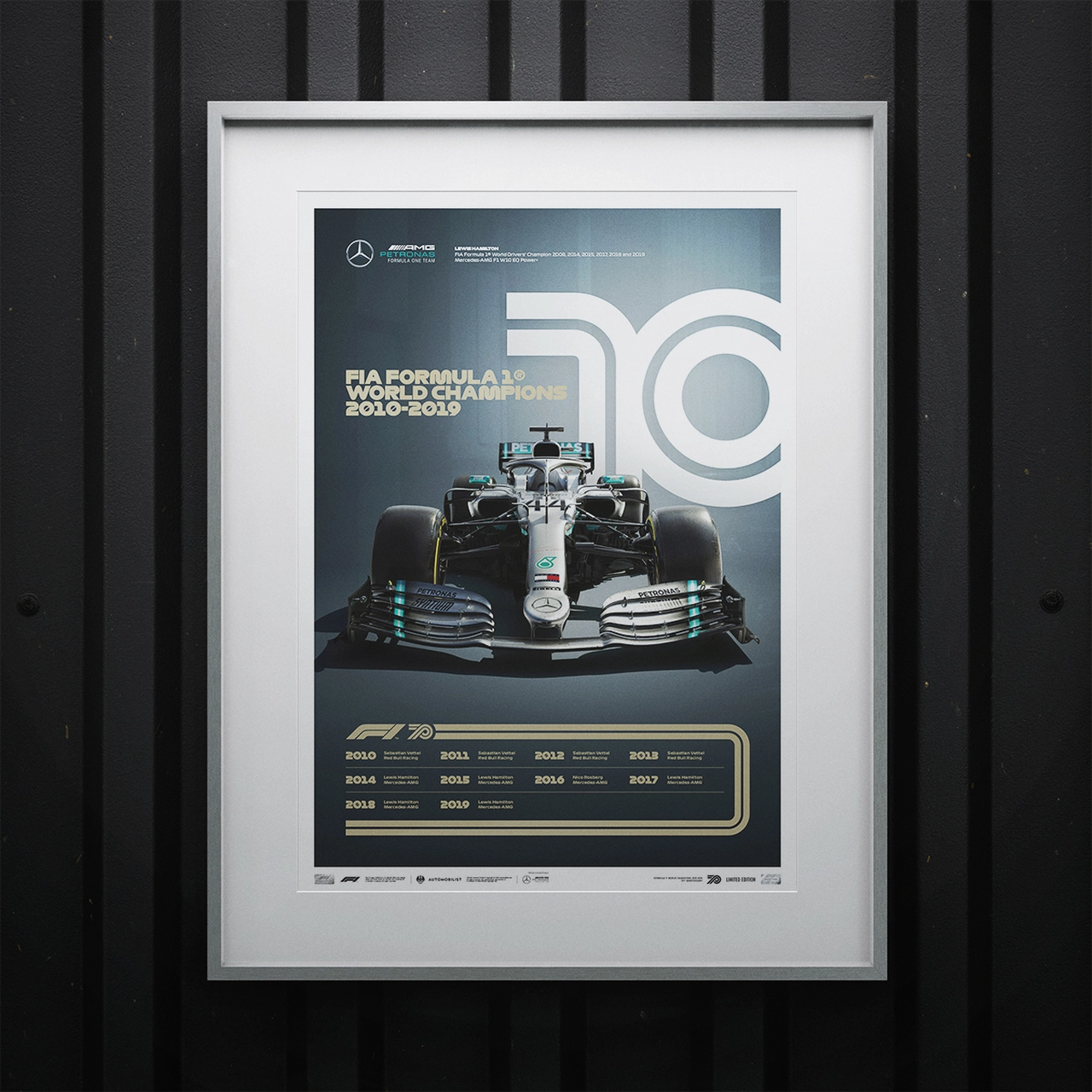 As Formula 1 completes seven decades of racing, this range of 8 special artworks has each one dedicated to a decade of racing from the 1950s to the present day, plus an additional one looking to the future of the sport. The Mercedes-AMG F1 W10 EQ Power+ represents the previous decade on our poster. It won 15 races, Lewis Hamilton taking 11 and Valtteri Bottas 4. Their success meant that Mercedes has won every single title since the sport’s new hybrid power unit formula was introduced in 2014. Mercedes’ history in Formula 1 dates back to the Fifties, but it was not until 2010 that Mercedes once again became an actual team name. The new hybrid age of Formula 1 could clearly be referred to as the ‘Mercedes era’.