A well-known face in the BTCC paddock in the late 1970’s and early 1980’s, Vince Woodman and his Esso backed Capri were front runners in any series he entered into. The 3-litre car was successful across various championships and races and in 1981 while sharing with Jonathan Buncombe and Peter Clark, the car finished on the podium at the grueling Spa 24 hours.

In more modern times the car has featured at the front of the annual Gerry Marshal Trophy race at Goodwood’s members meetings. And with its catching livery and tail out style the Capri is a sure-fire hit on any race track, Scalextric or real! 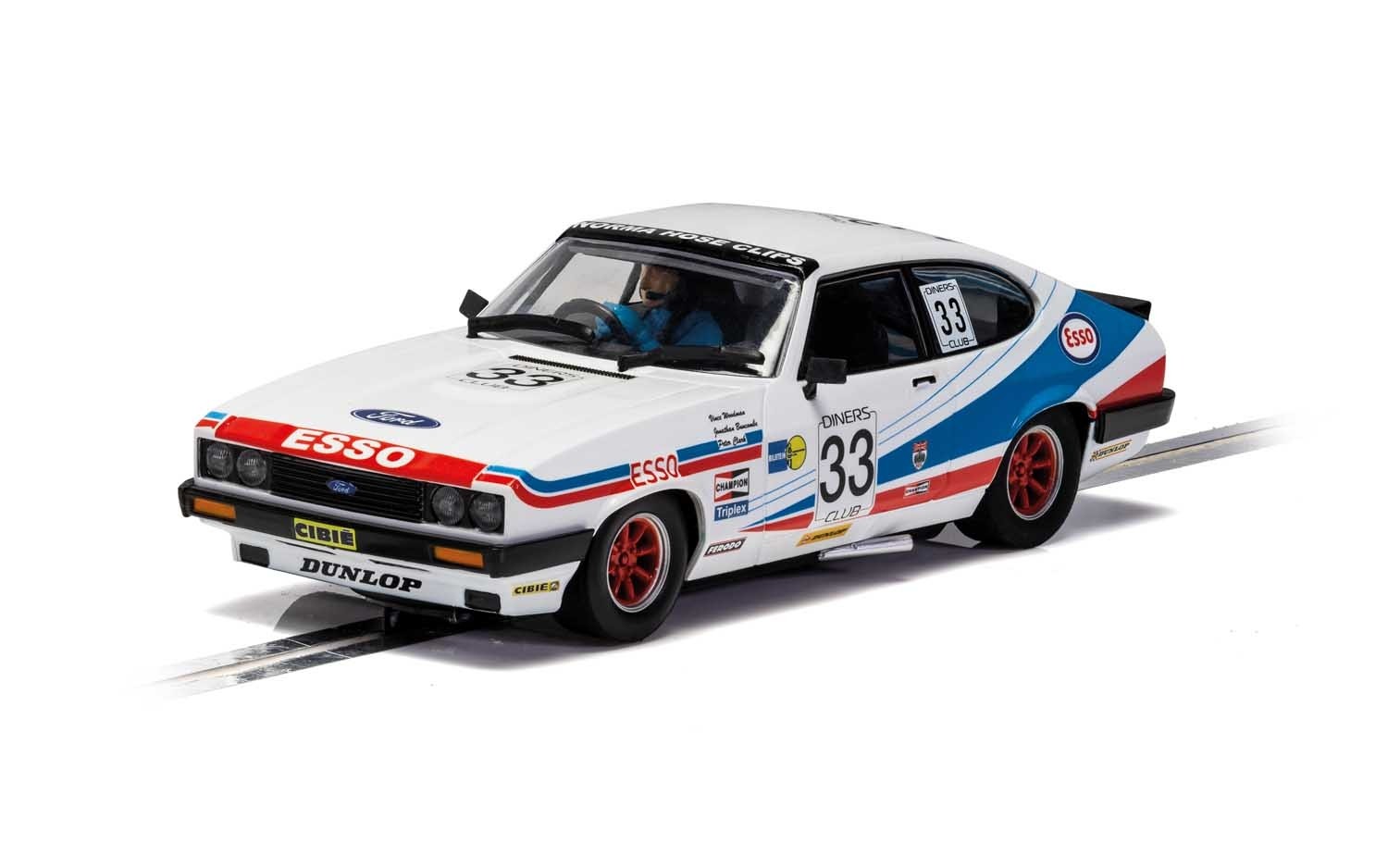