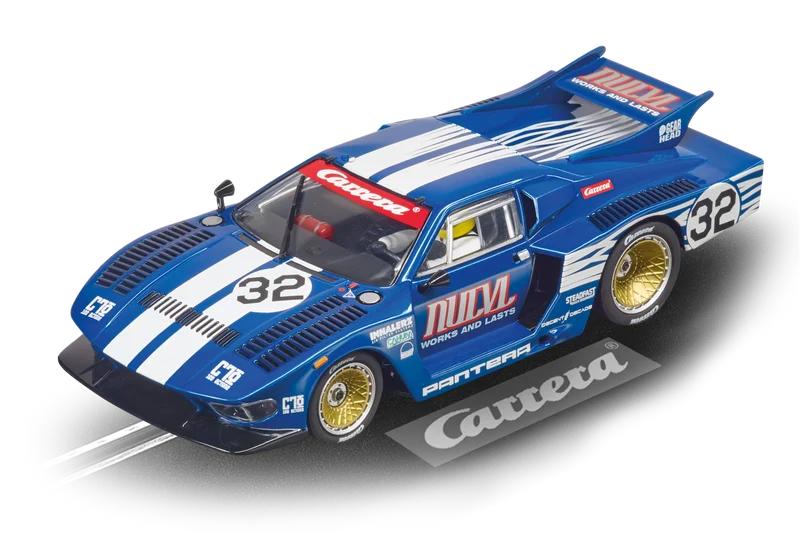 Road sports cars on the Carrera racetrack
A sports car classic from the 1970s is making its debut at Carrera: the De Tomaso Pantera “No. 32”. The mid-engine car was the most successful model of the car manufacturer based in Modena, Italy, with Argentine roots. It is the perfect combination of Italian design and American engine technology, because Italian styling is hidden under the armor of extensions, wings and baffles. The De Tomaso Pantera is the most successful model of the car manufacturer and was built over 7,000 times. The 5.7 liter V8 engine brought it to a powerful 480 hp and made the speedster a real road sports car.

Cult design of the 1970s
On the Carrera racetrack, the striking model with the design of the 1970s is a real eye-catcher in stylish blue. In domestic duels on your EVOLUTION race track, the De Tomaso Pantera “No.32” can show on the tracks of the Carrera racetrack who has what it takes to win. With cool front and rear lighting, you’ll never lose sight of the slot car! The vehicle can also be converted to digital using a separate digital decoder.

Be the first to review “De Tomaso Pantera “No.32”” Cancel reply