While most associate the big Chrysler Hemicuda with racing across the USA, the car also found some notable success racing in Europe. While Chrysler France raced the car successfully, the model was also found racing in the Spa 24 hours in the early 1970s. This big Levi’s sponsored machine raced in the 1973 edition.

Dwarfing the Ford Capris and BMW CSL’s, the big American beast was superbly fast in a straight line, but suffered in the swoops and bends of the Spa circuit. It did however finish a credible 15th overall.

Now available from Scalextric this car is a very impressive machine on track, as it powers down the straights and drifts the bends! 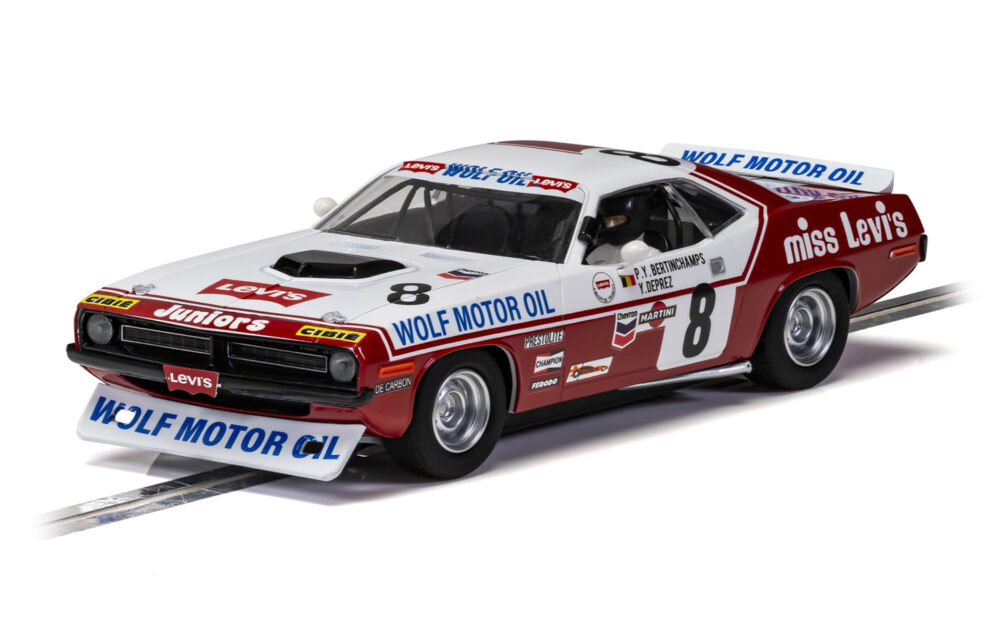 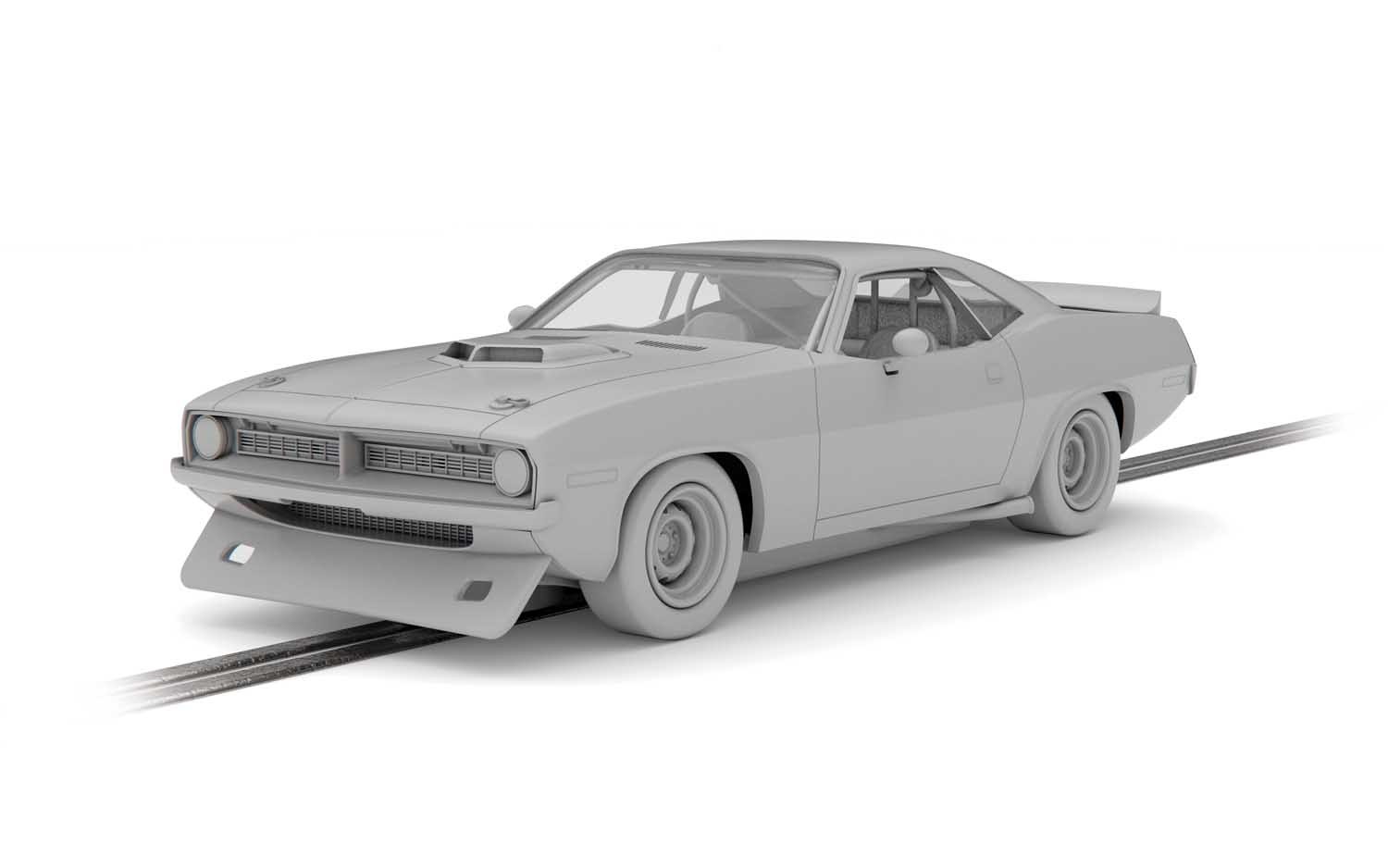