The BRM P160 was designed by Tony Southgate for British Racing Motors.

Unlike many other British manufacturers, B.R.M. also built their own engines, in this case a 3 liters V12, which in the course of its career won four GPs overall.
In this model, Policar reproduces the car that won the 1971 Austrian Grand Prix held on the Spielberg circuit in Styria, then known as the Österreichring.
The exhausts of the V12 BRM are faithfully reproduced in 3D printing.

Jo Siffert; the fast and very popular Swiss driver in both F1 and sports cars (mainly Porsche and the 917) won the  race;  unfortunately his last victory before his tragic death. 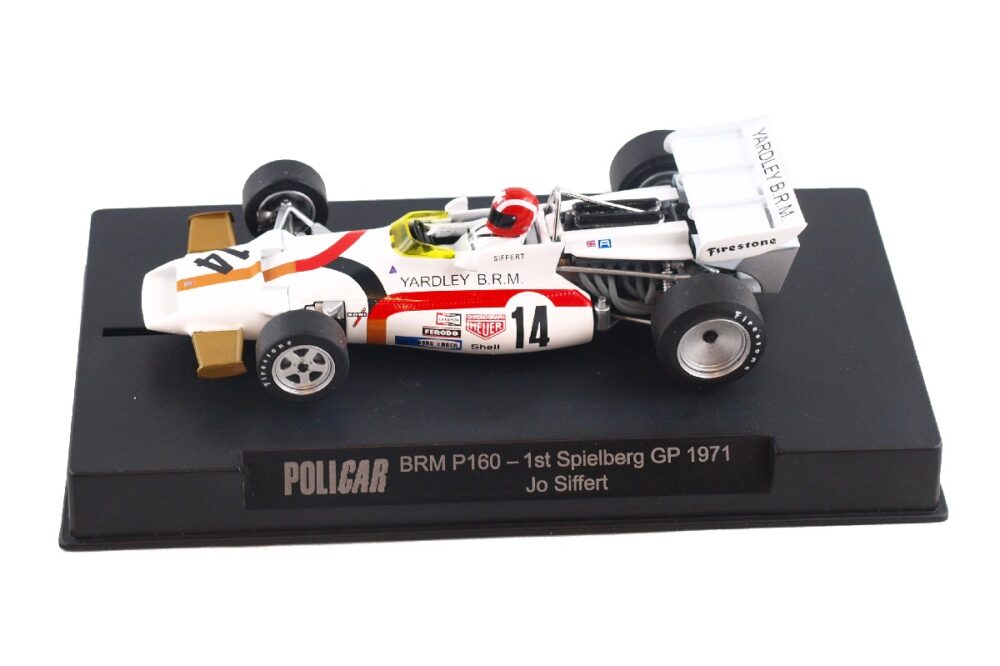